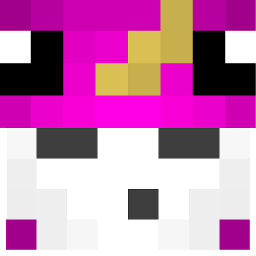 Battle Network | UHC Rules
Created by Maaxxxii about 1 month ago
UHC Rules
1. No stream-sniping; this will ruin the game for those streaming. We want everyone to have an enjoyable experience.
2. No protection or gapple overlays; this takes the element of surprise out of the game, and once again, ruins the game for other players.
3. We do not allow any forms of Glitch Abuse (including, but not limited to):
✦F3+A to either mine or find players
✦F5 Abuse to either mine or find players
✦Using a lunar emote whilst fighting players
4. We do not allow Cross-Teaming/Trucing:
✦Do NOT team with anyone outside of your team, or anyone in an FFA
✦Do NOT ignore any warning given by staff. If they think you are teaming (and nobody has died, they will warn you first).
5. We do NOT allow 'benefitting.' This means that if you are playing with someone who is using x-ray to get an advantage, you may also be banned. This will be treated on a case-by-case basis.
6. We do not allow any of the following forms of Bad Sportsmanship (Playstyle):
✦ Burning loot so a player doesn't get it.
✦ BP'ing loot just before you're about to die.
✦Throwing loot outside of where the border will shrink so a player doesn't get it.
✦ Nether Portal Trapping
7. When playing, this should go without saying, but you are NOT allowed to iPvP other players before the grace period is over.
8. Please do NOT 9 live on our server (in ANY scenario). If you are caught, you'll be immediately death banned. This may lead to a further punishment if done multiple times.
9. Please do NOT interfere or get in the way of fights during DnD/assigned (this means do not get in the way or use FnS/Lava/water to interrupt).
10. The FINAL decision for anything that relies on the HOSTS discretion will be made solely by the Host (possibly with the help of spectating Moderators) in ALL circumstances. This rule is here to protect players from any form of staff (who are playing) intervention.
11. We reserve the right to screenshare any players during or after a UHC (in alignment with Reddit rules.)
12. Sacrificing yourself for other players will from now on be punished with a 7 day ban + stats reset. This applies to both players from now on. So both the one who sacrificed himself and the one who accepted. So if you are streaming, it is best to use a coords blocker so that your stream viewers can no longer see your coords!